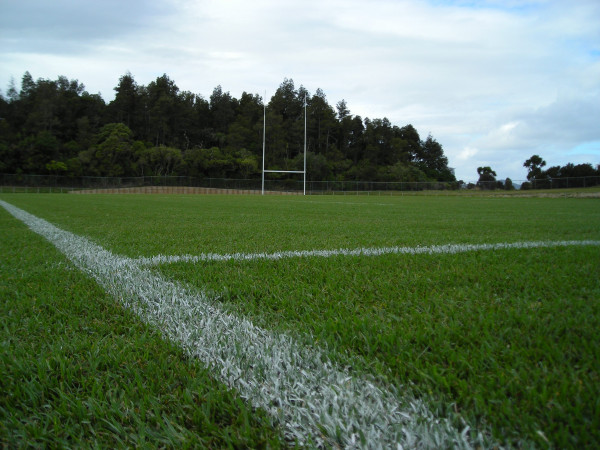 See full results list below. The fields are not only judged on looks, they are judged on a number of factors including usage and cost effectiveness. Auckland East team members, Corrie Jamieson, Matt Udall and Richard Fox were there when the awards were announced, (pictured right, with Mike Gallagher & Mark Bowater from Auckland City Council.) but Corrie says the award belongs to the turf managers and all the team who put in an impressive effort. "They are the best" he reckons "we have won the most awards in this competition since it began, and credit should go to the turf managers and the other staff who all put in extra hours. They go above and beyond the contract specifications to carry out the work, and that is why we generally do so well - the team see it as an acheivement for the company so they go out of their way to make sure everything is just immaculate. If they did not spend that extra time in presenting these fields, we would not win. They stay late in the evening and start at the crack of dawn on judging day to ensure their fields are 'show ready'."

Corrie goes on to give an example of the guys prepping Orakei Doman "That took a lot of work. It was too wet to stripe up the grass the day before judging so they came up with a plan to manually pull a drag mat over the whole field to create the same effect! It took 3 guys a couple of hours of their own time but it came up real good. That's the kind of thing they do. And that's whay makes them winners." Go you good things.